If you happen to be in Krakow, Poland, you’ll likely hear the famous song called Hejnał Mariacki, which translates to St. Mary’s Dawn. A trumpet player plays this call every hour on the hour from the top of the highest tower of St. Mary’s Church in the main town square in Krakow in all directions (four times in total).

Some history about St. Mary’s Church: It was built by two brothers. The older brother killed the younger brother with a knife that now hangs in one of the doorways of the Cloth Hall and then he committed suicide. 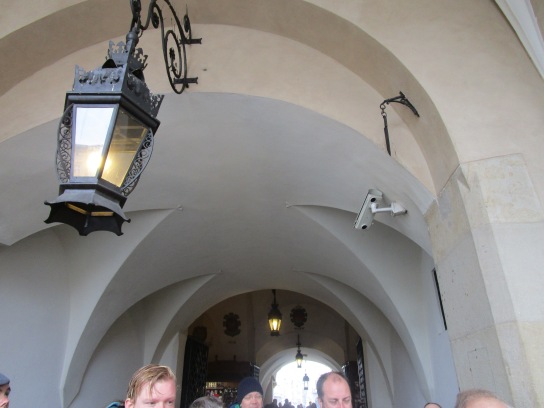 According to the Polish legend of the song’s origin, there was a sentry who played the song when he saw the Mongol’s coming to invade Krakow. The myth also goes on to say that the song is played incompletely because the trumpet player was shot in the neck before he finished.

There’s a trumpet player that sits in the tower on a 24-hour shift and plays it four times each hour. Fun fact: He sometimes falls asleep. Another fun fact: If you climb to the top of St. Mary’s Church at the right time, you can watch him play (which I definitely did).

The walk to the top is worth it and worth the price of admission (10 zloty – around $2.5 USD). It’s a long walk and the conditions of the steps are sometimes questionable but just go slowly and you’ll be fine. 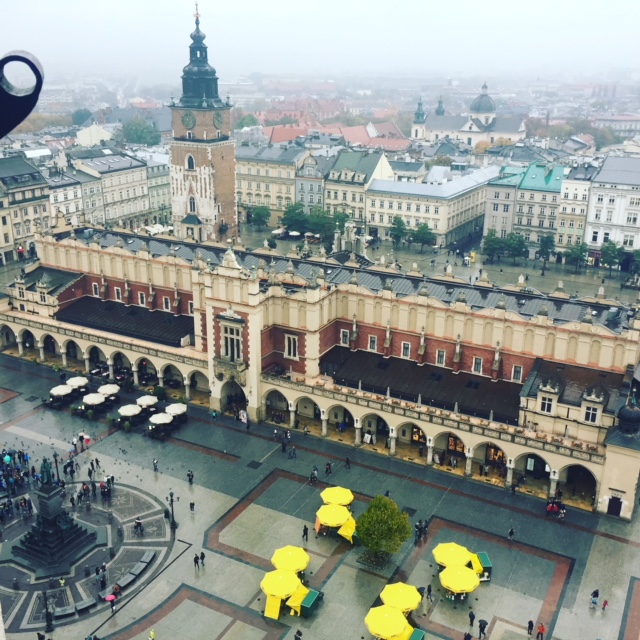 the view of the Cloth Hall from the top

L-R: A shot of the winding stairways that lead to the top; St. Mary’s Church lit up on my first night in Krakow.